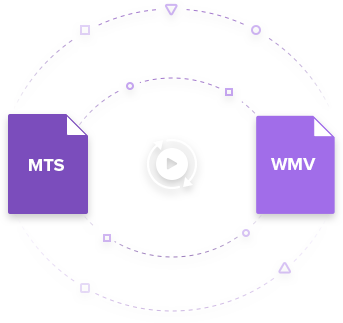 Quick Steps to Convert MTS to WMV on Windows/Mac

"I bought the Canon Vixia HF200 (HF20) and recorded video. I removed the memory card and hooked it up to my USB adapter to load the videos into my PC. I tried importing the video file to Windows Movie Maker for editing but failed. The file type is .mts. What do I need to do? How do I get my videos loaded onto my pc for editing?"

To convert MTS files to WMV on Windows 10/8/7, Wondershare UniConverter is the most recommended software as it's multiple-function, easy-to-use, fast, and high-quality. You can convert MTS files to WMV format within 3 steps, and it also supports other 1000+ common video formats with features of video editing, compressing, burning, etc. Works on both Windows and Mac system, you can free download it and follow the steps below to have a try.

Load MTS files to the file list by clicking on the + Add Files icon in the top-left corner of the interface. This MTS to WMV converter supports batch conversion, so you can add several videos at one time to convert. 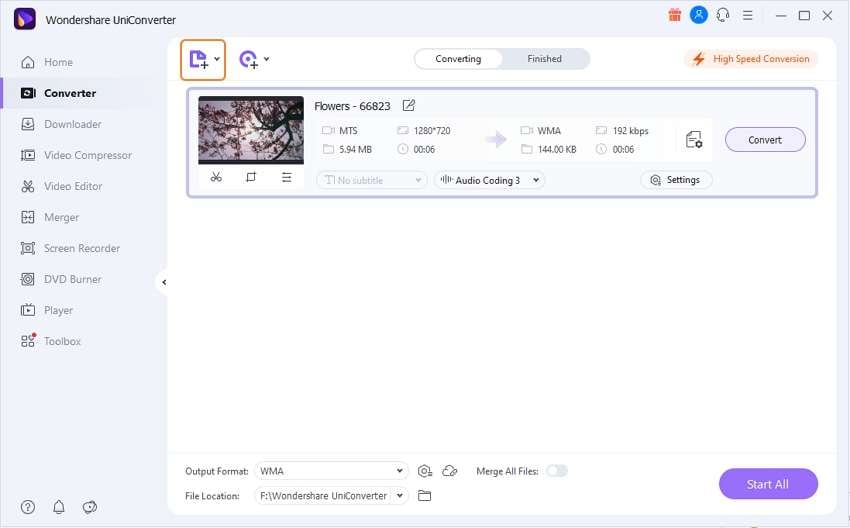 This MTS to WMV converter can help you rotate, crop, cut, add various cool effects/subtitle/watermark to your MTS files, and even merge several videos into a big video before the conversion. All you need is to click the Edit icons under the video thumbnail. You can skip this step if you don't need any changes. 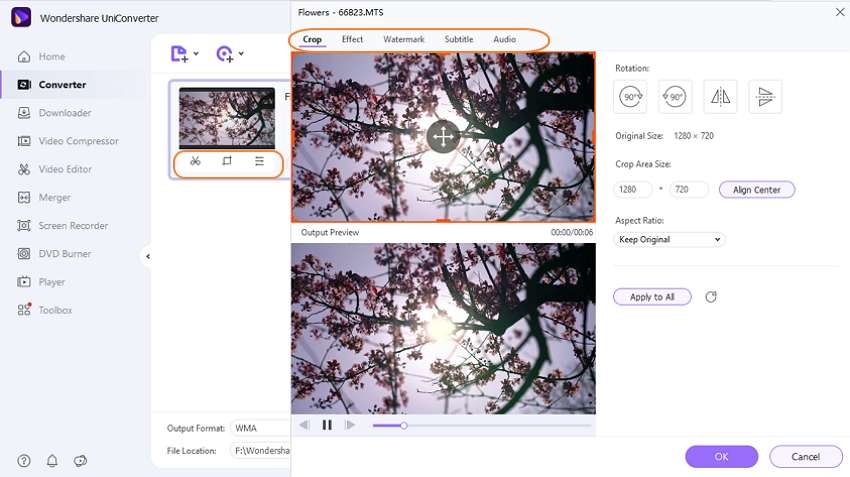 Click on the Setting icon and select the Video tab, choose WMV in the left sidebar, and select the video resolution in the right to confirm the output format. 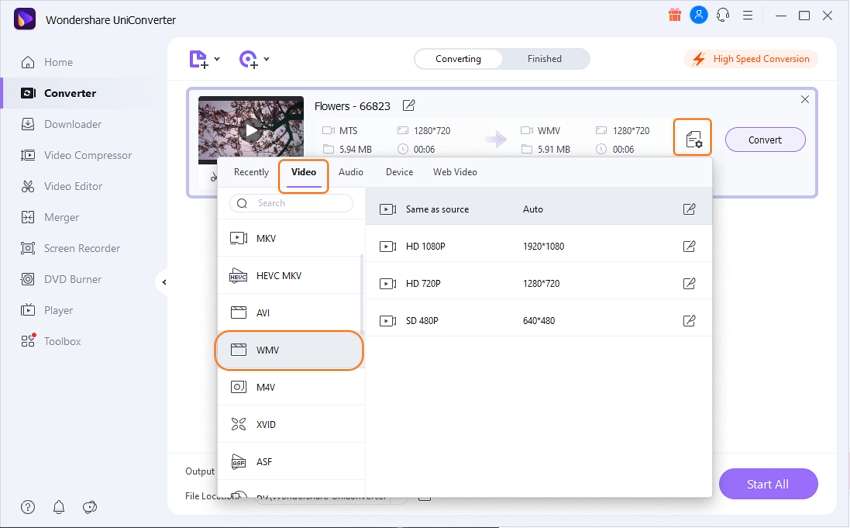 After setting the format, you can click the Convert to start MTS to WMV conversion. And then, the rest will be accomplished automatically by the smart software. The converted files can be found under the Finished tab. 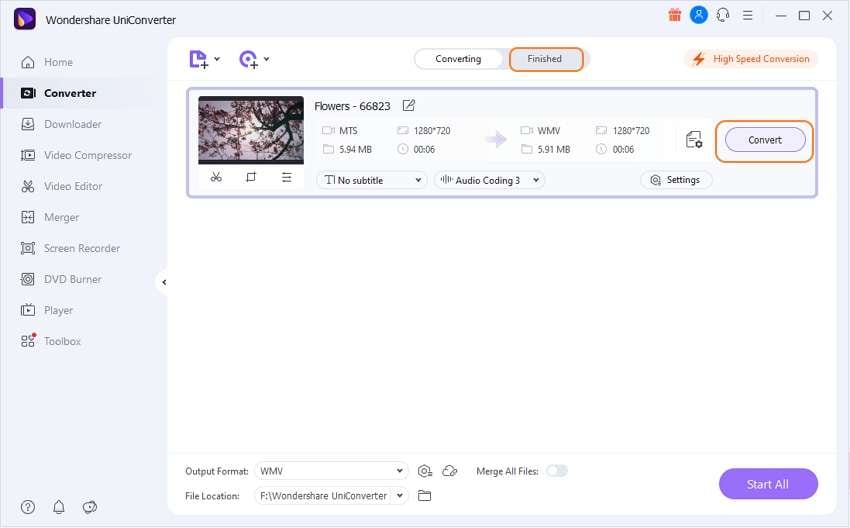 Now, you can enjoy your WMV videos as you wish. Of course, you also can extract the audio from your videos if you have a need. Wondershare MTS to WMV converter allows you to convert audio to popular formats. Just choose the output format as your desired audio format, such as MP3 and follow the similar steps above.

MTS is a high-definition MPEG stream video format. It is commonly called AVCHD, which stands for Advanced Video Codec High Definition. MTS is based on the MPEG-2 transport stream and supports 720p and 1080i HD video formats. It is used by Sony, Canon, Panasonic and other HD camcorders.

2. How to Convert MTS to WMV Online Free

If you don't want to download and install any software on your PC/Mac, then you can try online MTS to WMV converters. The most recommended one is Media.io, which also supports the most common video formats. It's totally free to use and convert MTS files without any ads or watermarks. The conversion steps are also very simple, and you can download the converted files directly or save to Dropbox.

Convert M2TS/MTS to MPEG: Learn how to easily and quickly convert files in M2TS or MTS to MPEG files with lossless quality on Windows/Mac OS.