Home > Photography>What are the Differences between MPEG2, MPEG4 AVC, and H264

What are the Differences between MPEG2, MPEG4 AVC, and H264

With changing technologies and multiple file formats and compression methods, differentiating between them becomes difficult. Several times you tend to confuse one compression method or a format to be similar to the other, while in some situations, there are different names to the same formats. During conversion, editing, and other situations, it is important to have knowledge about these formats and to help you with the same. We have discussed the popular ones like MPEG4 AVC, MPEG H264, MPEG2, MPEG4 as below.

H.264 is the same as MPEG-4 Part 10 AVC and is among the most popular format that is used for compression, recording, as well as distribution. Talking about H.264 as a video codec, it can be included in multiple container formats, with MPEG-4 being one of the majorly used. The H,264 compression technology was developed in joint by the International Telecommunications Union as H.264 and International Organization for Standardization/International Electrotechnical Commission MPEG as MPEG-4 Part 10 AVC. Thus, it can be said that both H.264 and MPEG-4 AVC can be used interchangeably and are the same thing.

Part 2. What are the Differences between MPEG2 and MPEG4

MPEG is a working group of authorities that develops standards for video encoding. The formats created are used of different media, and there are several parts of MPEG like MPEG-1, MPEG-2, MPEG-3, MPEG-4, MPEG-7, and MPEG-21. Each of these MPEG standards is known for covering a part of the complete specification. Among all, the commonly and popularly used standards are MPEG-2 and MPEG-4. Both MPEG-2 and MPEG-4 are capable of offering high-quality video, the major difference between the two lies with their use.

MPEG-2 is large in size and majorly used for streaming the videos from local sources like DVDs and others. MPEG-4 has a higher compression level, which results in a smaller file size that makes them apt for portable devices, mobile phones, and other players. MPEG-2 requires more bandwidth when compared to MPEG4. In terms of quality, MPEG2 is better than MPEG-4.

The need for converting MPEG/H264 arises quite often, and the best software that we recommend for the same is Wondershare UniConverter. This powerful desktop-based tool seamlessly works on your Windows and Mac system for enabling conversion in more than 1000 formats. So, whether you want to convert other formats to MPEG/H264 or vice versa, Wondershare will get the task done in lossless quality and with batch processing support. Additionally, video editing, download, compression, and transfer can also be done using the software.

Open the software, and from the Converter tab, click on the

button or the + sign to browse and load the files to the converter. You can also drag and drop the files into the program. 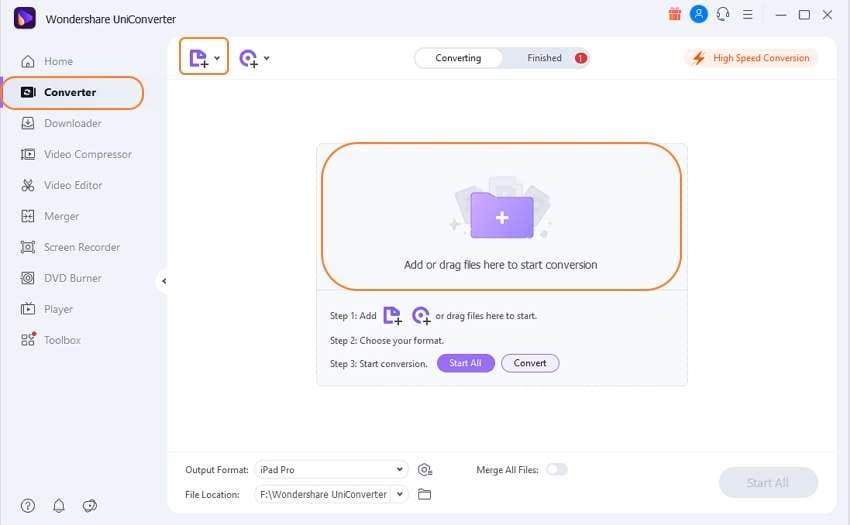 The list of the supported target formats appears at the drop-down menu at the Output Format tab on the bottom-left corner. Choose the format and the quality from the Video list. 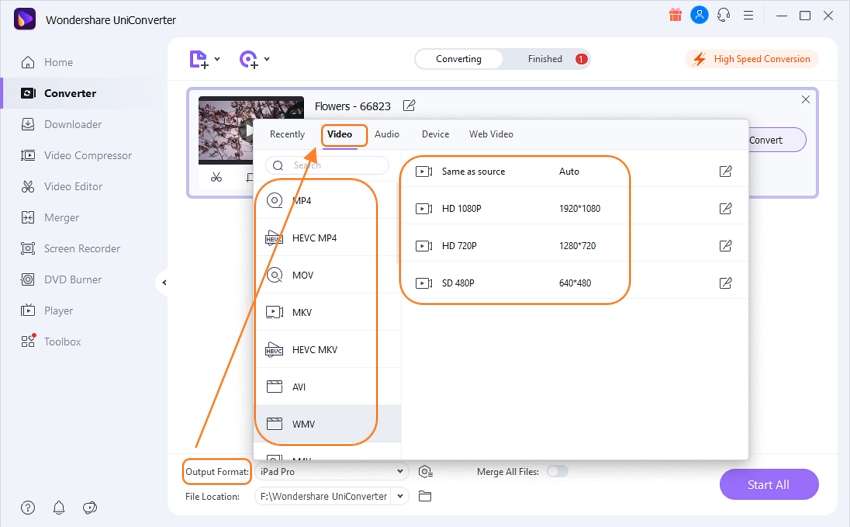 The above steps are for converting MPEG/H264 to other supported formats. If you need the vice-versa conversion, the process is the same, and you just need to add the file to be converted in step 1 and select MPEG/H264 at the output format.