Although it's claimed by the official site that the Nexus 7 can play MP4 files, there are times where you'll still fail to play MP4 on Nexus 7. What's wrong with it? Why can't the Nexus 7 play an MP4 file? It's probably due to the incompatible video codec. Different MP4 files may store files with different video codecs. Nexus 7 only supports some of the various video codecs available. The other possibility might be because of the video parameters such as the frame rate, bit rate and resolution, which are not supported by Nexus 7. Despite the incompatibilities, you'll need a video conversion to make your MP4 files fully compatible with the device.

1. Convert MP4 to Nexus 7 You can select the Nexus 7 as your output format with the optimized presets. The converted videos will be the best fit for playing back on the device. 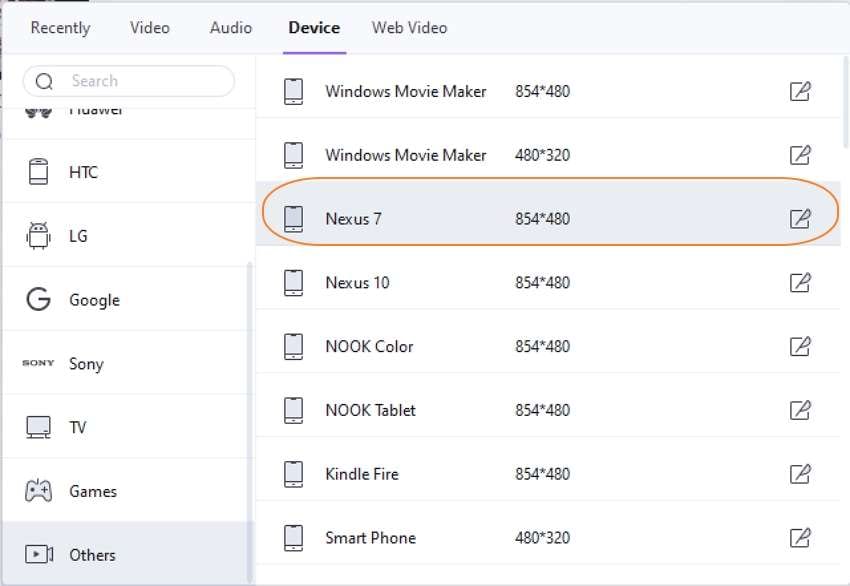 2. Personalize the video You can trim, crop, rotate, or adjust brightness or saturation of your imported video. Even it lets you add subtitles or different effects to your video. 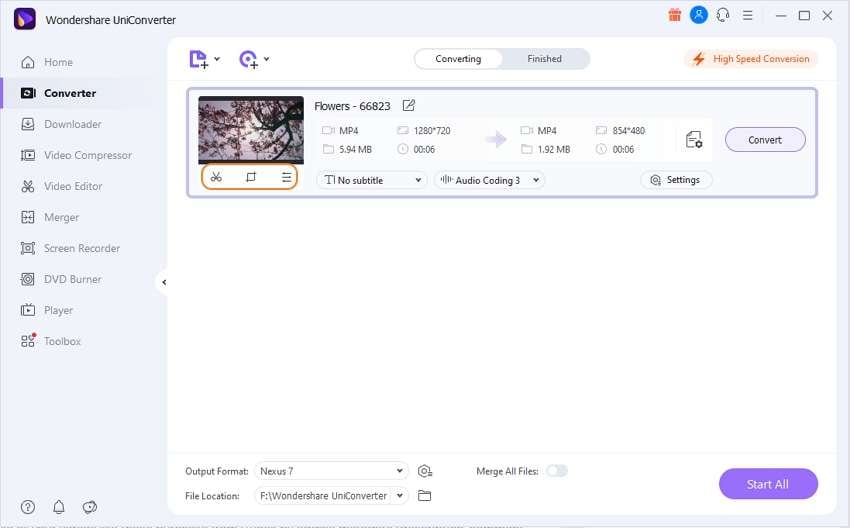 3. Add metadata to the video It can make all your videos like those purchase from iTunes by adding metadata (description, comment, cover, director or actor name, etc.). 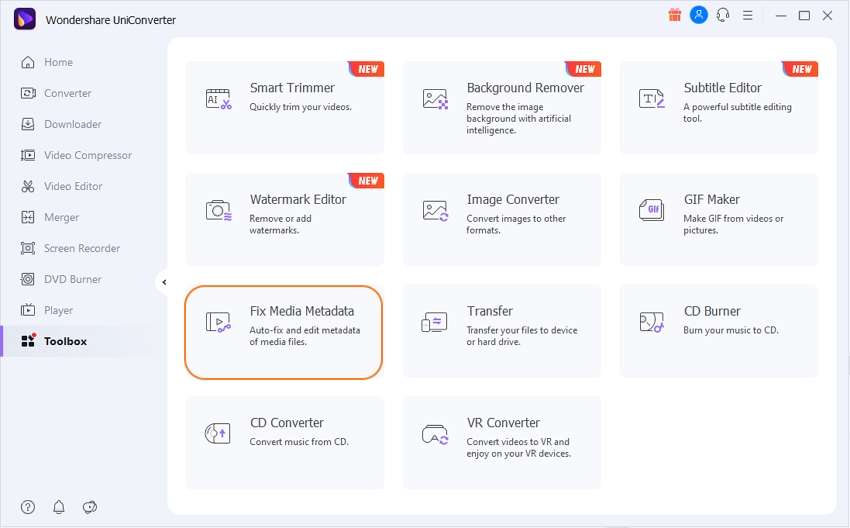 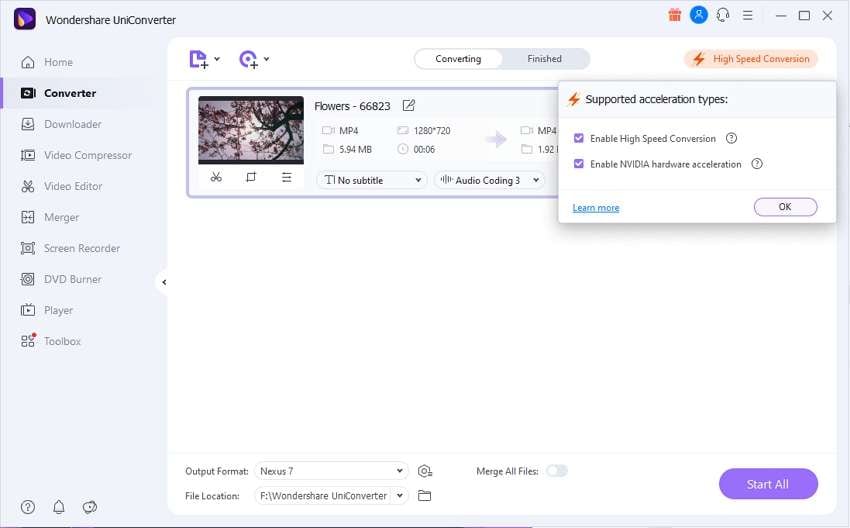 Steps on How to Convert MP4 to Nexus 7:

Step 1 Import MP4 to this MP4 to Nexus converter.

This MP4 to Nexus 7 video converter supports the drag-and-drop feature. Therefore, you can choose to drag your local MP4 files from your computer or click the +Add Files icon. Once uploaded, you'll see that added MP4 files are neatly organized and stacked up. 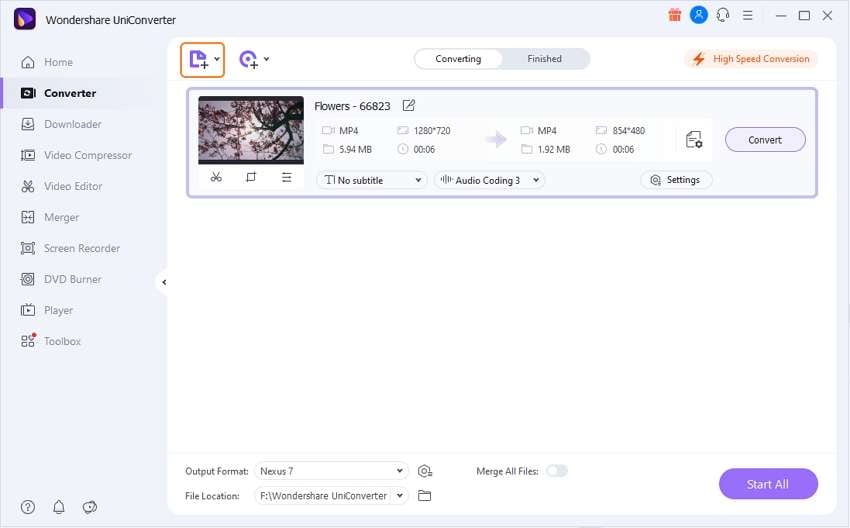 One of the biggest advantages that this software has is the built-in optimized preset for Nexus 7. It'll save you the hassle and time in researching about the best formats or video parameters for Nexus 7.

To select the optimized format, you just need to click the on the Output Format and then go to Device > Others category and choose Nexus 7. 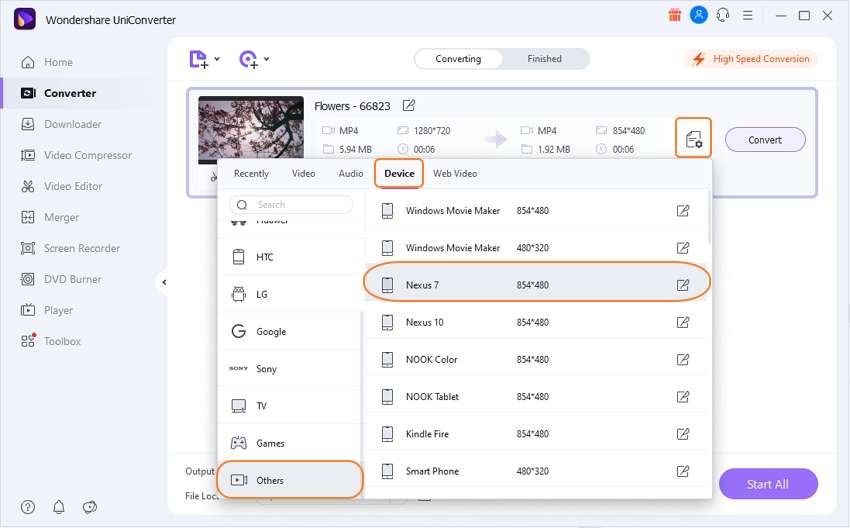 Now, you just need to hit the Convert button on the right of this MP4 to Nexus 7 converter's interface. During the conversion, you can see the progress bar and the remaining time. When it's done, just click the Finished tab to locate the output files. At last, you'll need to transfer the output files to your Nexus 7 via the USB cable. You can now enjoy the media files on your Nexus 7 without any trouble. 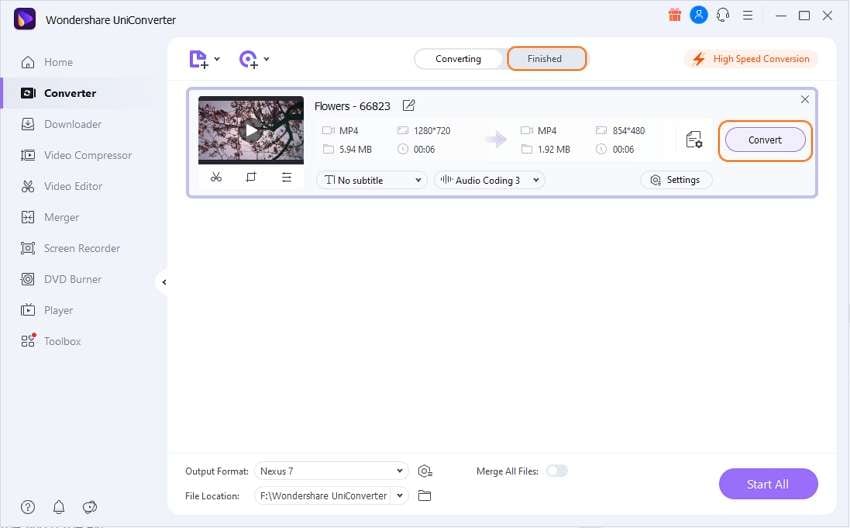 1. Question: What multimedia format is supported by Nexus 7?
Answer: Have a quick look at the supported file formats in case you have other media files that need to be converted prior to playing back. You can use user Wondershare UniConverter.

2. Question: What is the best setting for Nexus 7?