4 Reliable FLV to Xbox Converter to Play FLV on Xbox

Xbox One or Xbox 360 is widely-favored by receiving and streaming videos from your computer. Still, FLV video files cannot be played or opened by them as it's designed mainly for web playback or for sharing on the websites and incompatible with Xbox consoles. The corresponding solution to play FLV videos is converting them to Xbox supported formats. Then it would help if you found a suitable video converter that converts FLV file without any quality loss. The article below lists 4 powerful video converters for you and the procedures that you should follow while converting your FLV files.

Zamzar is a free web-based application that converts video and audio formats into different output formats. It supports more than 1200 conversions, and it lets you convert to formats that are compatible with your media player, device, or game consoles such as Xbox. Zamzar can convert your FLV file to an output format supported by your Xbox One without downloading or installing any app on your computer. It supports almost any browser, and you can use it without the limitations on the browser type. Zamzar entails three simple steps to do the conversion.

Step 1 Select the file or the URL of the file to convert.

Step 2 Select the format to convert to.

Step 3 Enter the email address to receive the converted files.

Online convert supports the conversion of images, videos, and audio files by just uploading them form your computer. The tool lets you convert your file depending on your device, and you can also convert to output formats that can be supported by your device, including Xbox One. The application can only convert files up to 100MB. The steps include selecting the target format > choose output format > Convert. 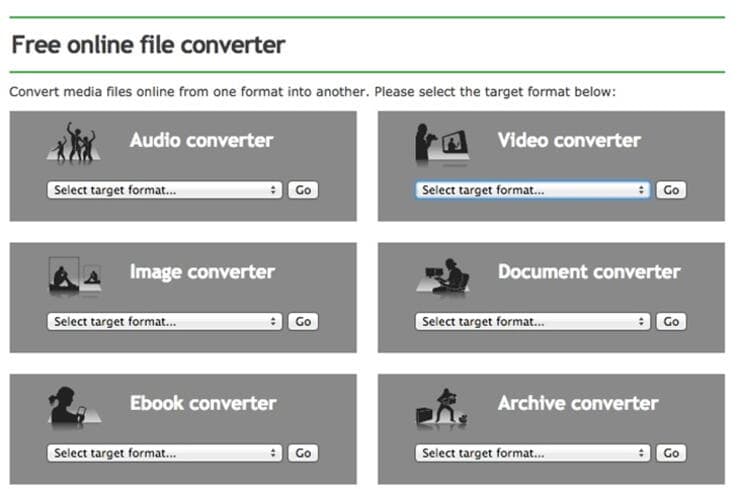 It doesn't take a genius to notice that online converters mentioned above have some shortcomings such as:

Part 2. The Most Recommended FLV to Xbox Converter to Play FLV Video

Wondershare UniConverter (originally Wondershare Video Converter Ultimate) is the most recommended solution to play FLV on Xbox one. The application converts almost any video file without any limitations on size. It does not need the Internet connection, and it converts files 30 times faster than other converters.

The Wondershare Converter Ultimate offers 2 ways to convert FLV to Xbox for your selection.

Step 1 Add the FLV file to the program.

Add the files by dragging and dropping them to the program or by going to “Add Files” on windows and “File” > Load Media Files on Mac. 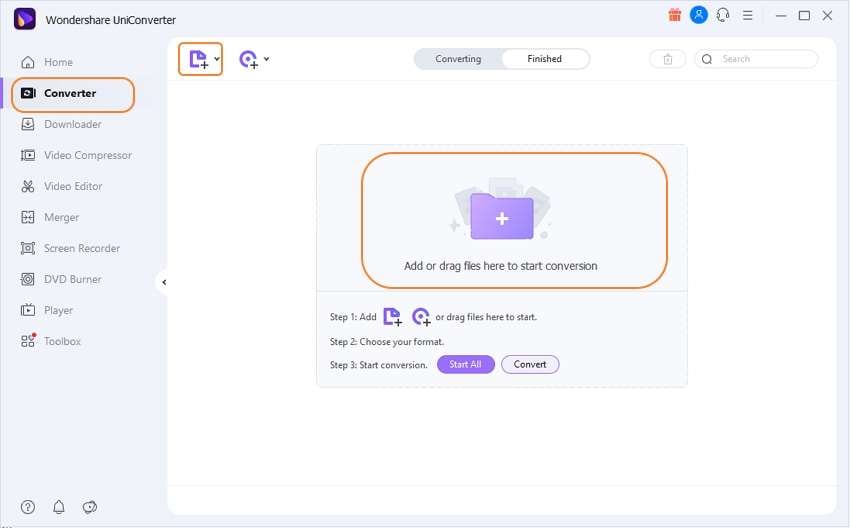 Step 2 Choose the output format supported by Xbox One.

On the "Output Format," choose file formats such as AVI, MP4, WMV, MOV, and any other file format supported by Xbox One to be the output format. 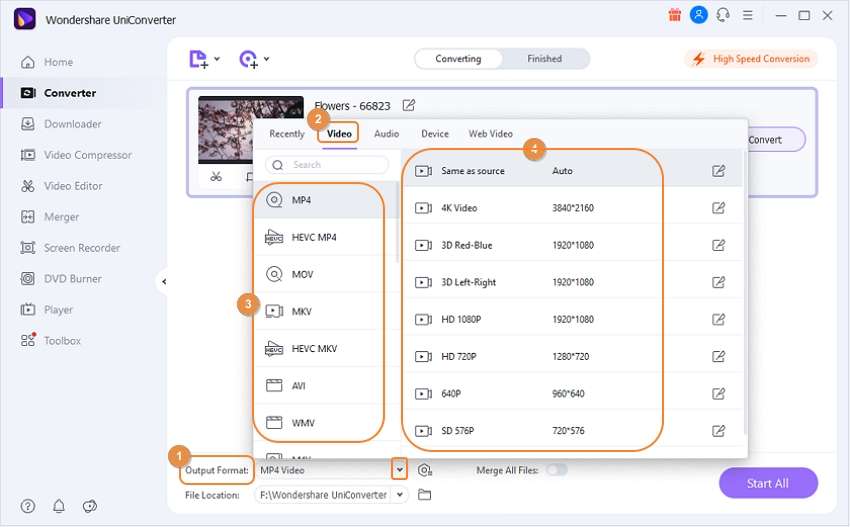 Click the “Start All” button to convert FLV to Xbox One format. 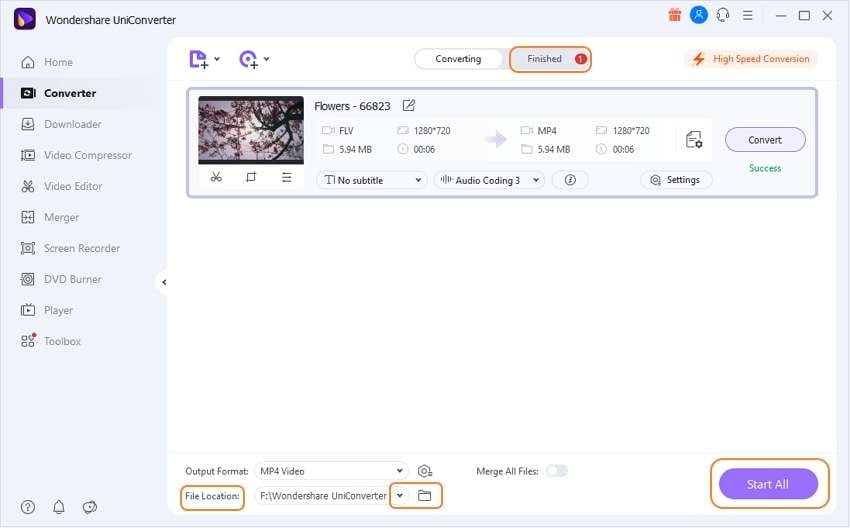 Step 1 Add FLV to the converter.

You can drag the FLV file and drop it into the app, or you can add them by clicking on the “File” menu and then choose “Load Media Files.” 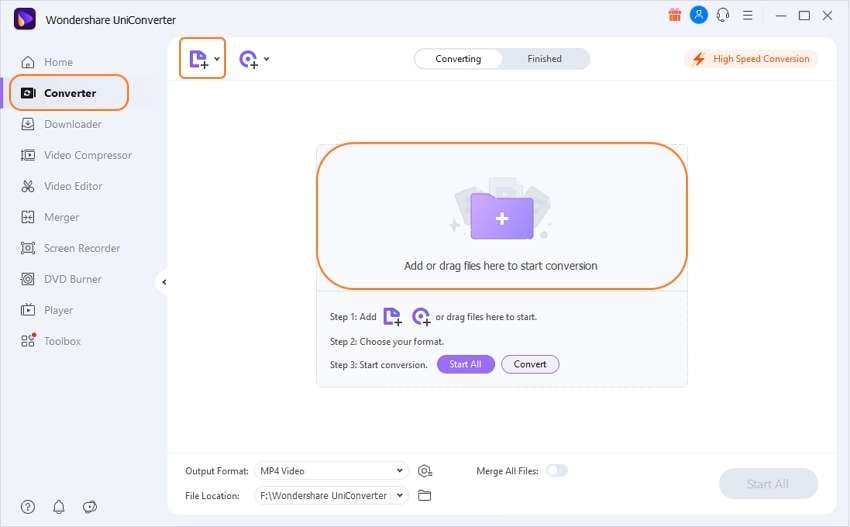 Choose the Xbox One presets by going to "Device," then click “Game” and choose “Xbox One.” Wondershare Converter will convert to formats supported by your device even when you do not know the files that are supported by Xbox One. 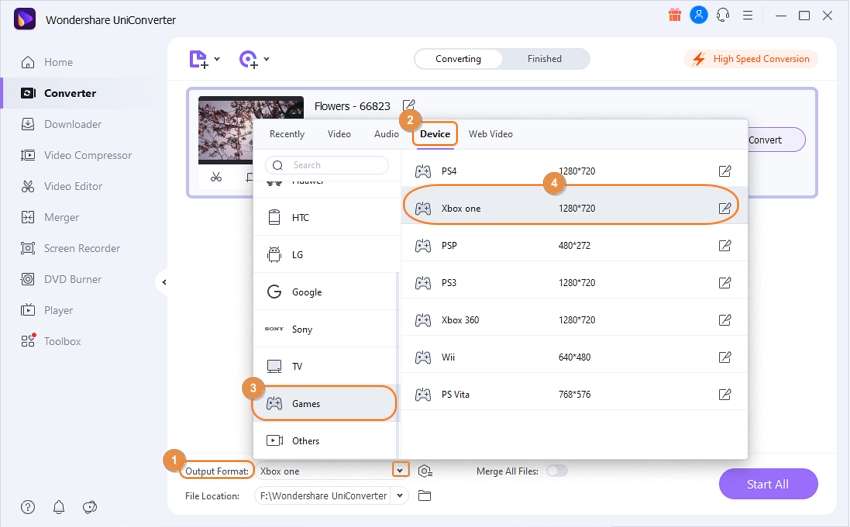 Step 3 Convert to Xbox One preset.

Click "Convert," and the Wondershare Video converter will convert the FLV with fast speed. 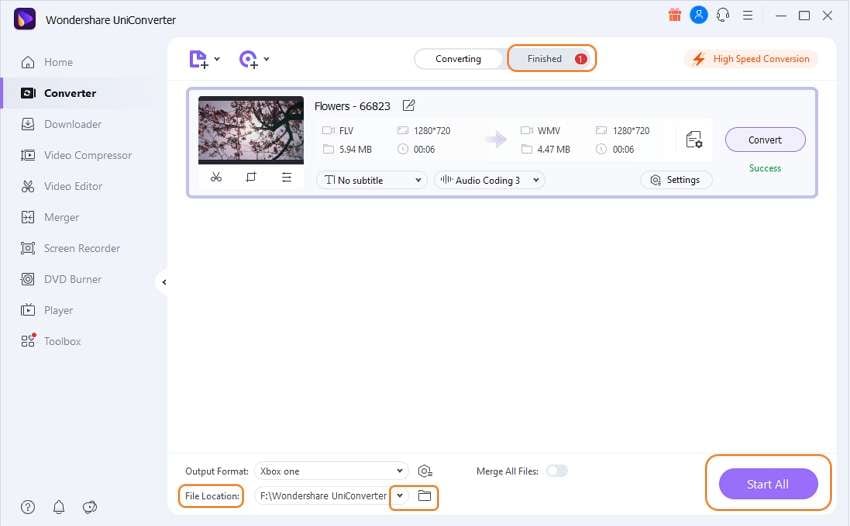 To convert FLV to Xbox one formats, you must know the supported Xbox formats.