How to Import FLV to Adobe Premiere for Editing

Adobe Premiere Pro is a popular tool and is mainly used for video editing. In addition to video editors, graphic designers and photographers also prefer to use Adobe Premiere Pro as with the tools that it comes with, one can easily edit videos and graphics in their native form. It works with a large number of video formats as well, such as 3GP, 3G2 (.3gp), Apple ProRes 64-bit, ASF, AVI (.avi), DV (.dv), DNxHD, F4V (.f4v), GIF (.gif), M1V, M2TS, M4V, MOV, MP4, MPEG, MPE, MPG, M2V, MTS, MXF, Native MJPEGs, VOB and WMV. Oops! No FLV? This article will tell you how to import FLV to Adobe Premiere and edit FLV in Adobe Premiere Pro CC.

The error or warning message that you receive while trying to edit FLV files in Adobe Premiere Pro implies that you need to convert FLV files into supported file formats. Thus, to proceed, you need a video converter. So, let us see how to convert and edit FLV in Adobe Premiere Pro CC, CS6, CS5 with the help of Wondershare UniConverter which converts the video without any loss in quality.

Open Wondershare UniConverter and add the FLV videos that you want to convert. You can either click the

button or directly drag-and-drop them to the main interface.

It is time to select the output file format. This section is found at the upper-right side and click the

would expand the format list. Here, just remember that the chosen output file format should be one of the supported file formats in Adobe Premiere Pro (as mentioned in the first paragraph). 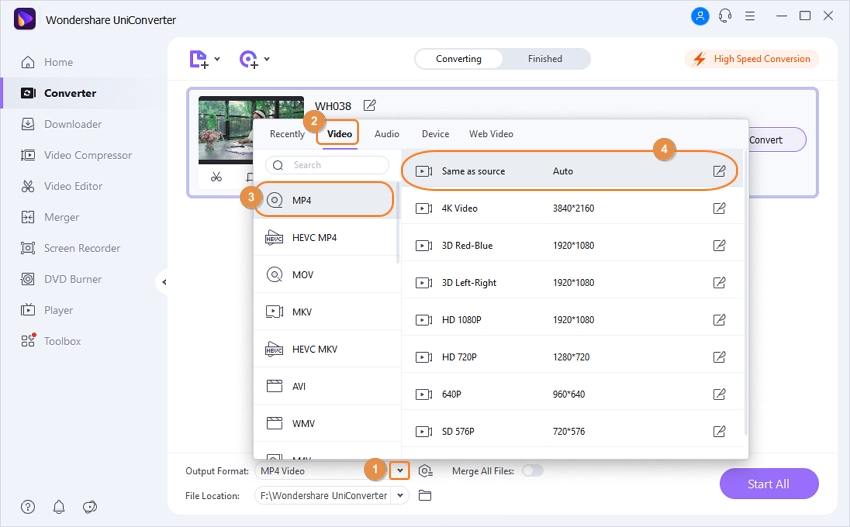 Now, just click on the Start All in the bottom-right to start FLV conversion. Note if you want to specify the output folder, just click the

beside File Location in the bottom. But ensure that you change this before clicking Start All. Once you’re done with the above steps, you should have the converted file with you. Now, add this file to Adobe Premiere Pro CC to edit it. 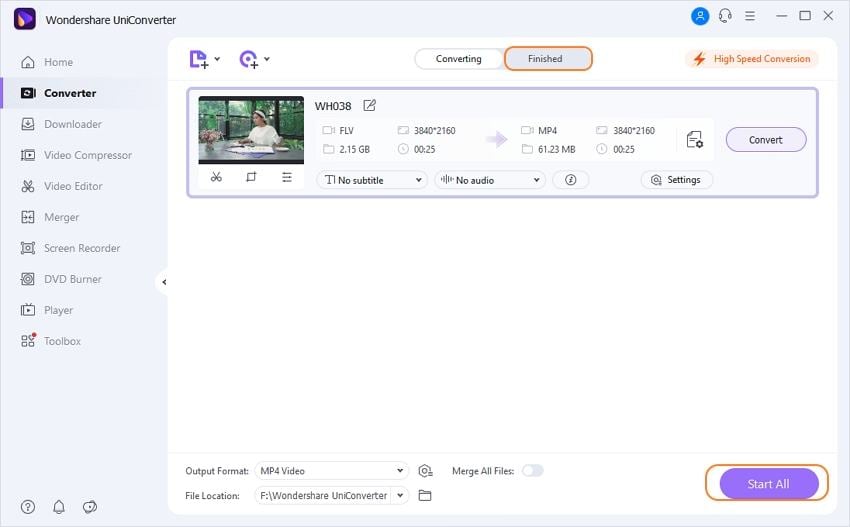 Part 2. How to Edit FLV in Adobe Premiere

If you don’t want to go with the video converter, then the following method is the only alternative to editing FLV in Adobe Premiere Pro. What you will need is an FLV importer plug-in for Adobe Premiere. There are many of them available online and you can select the one you like. Now, let’s take a look at the steps involved. 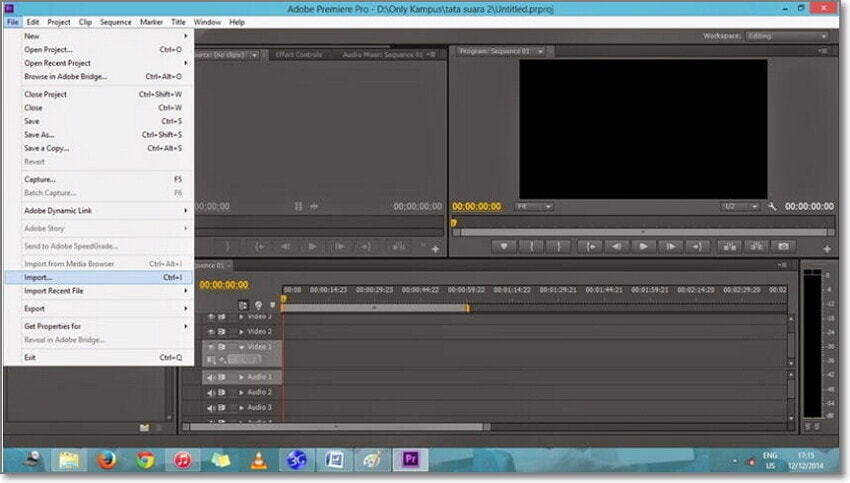 Step 2 It’s time to import FLV now. Go to File > Import. A dialogue box will open as soon as you select Import. Here, look for the FLV file that has to be imported, select it, and click Open. 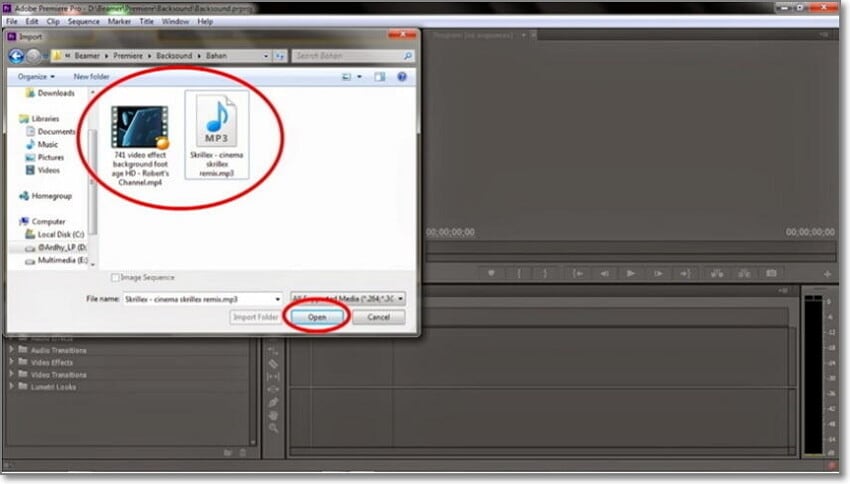 We just learned the two ways to edit FLV in Adobe Premiere Pro CC. The first one is to do it via using a capable video converter like UniConverter. And, the second one is via using an FLV importer plugin. Choose wisely by keeping in mind the other features and future needs.